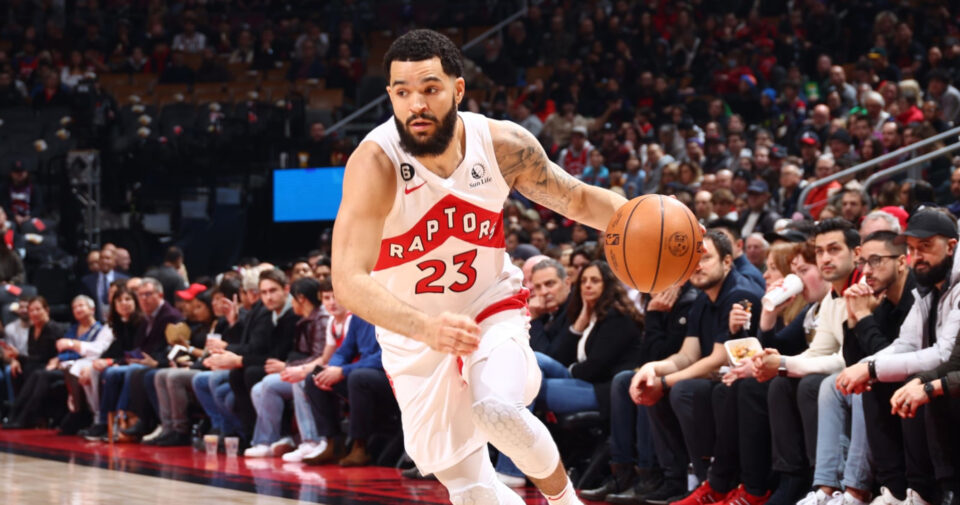 Expect Fred VanVleet to be a popular player in free agency this summer.

ESPN’s Ramona Shelburne said during an appearance on Sportsnet’s Tim and Friends show Wednesday that she expected the veteran point guard to have interest from teams all around the NBA come free agency:

Tim and Friends @timandfriends”Free agent-wise… there’s gonna be some interest in [Fred VanVleet] all around the league.”

Ramona Shelburne thinks FVV will get some looks in the offseason, but do you think the Raptors will trade him before the deadline? pic.twitter.com/QfnrTMqGjU

While VanVleet has a $22.8 million player option for the 2023-24 season, B/R’s Chris Haynes reported Tuesday that he’s “expected to decline the option and test free agency in the offseason.”

One fascinating aspect of VanVleet’s future in Toronto will be whether he develops a trade market ahead of the Feb. 9 deadline as the Raptors (21-27) continue to struggle this season. Getting back assets for a player who might depart in free agency would make sense for the Raptors if they don’t believe they can fight back into the playoff picture.

Kevin O’Connor of The Ringer reported Tuesday that the Los Angeles Clippers are “actively looking for an upgrade over Reggie Jackson at point guard” and have shown interest in Mike Conley, Kyle Lowry and VanVleet.

B/R’s Eric Pincus added on Wednesday that the Miami Heat, Los Angeles Lakers, Clippers, Minnesota Timberwolves, Dallas Mavericks, Phoenix Suns, Washington Wizards and Orlando Magic would have interest in acquiring VanVleet in a trade if the Raptors shop him.

VanVleet, 28, isn’t having his best season, averaging 19.1 points and 6.3 assists while shooting just 38.8 percent from the field and 34.4 percent from three. He’s slightly miscast as Toronto’s No. 2 scorer and top playmaker, and a situation where he shouldered less of the offensive responsibility would make sense, either in a trade or via free agency.

While he’s also a tenacious on-ball defender, his 6’1″ and 197-pound frame can make him something of a matchup liability come the postseason as teams try to capitalize on his size disadvantage.

Still, point guards who can score from the perimeter are valuable, and VanVleet is firmly in his prime. He also brings leadership and a winning pedigree to the table, having won a title with the Kawhi Leonard-led Raptors in the 2018-19 season.

It isn’t hard to see contending teams potentially viewing him as the final piece needed to compete for titles, either before the trade deadline or this summer in free agency. So he’s going to have suitors, and his future is going to be a fascinating subplot to track in both the weeks and months to come.

‘Avatar: The Way of Water’ is the third James Cameron movie to gross $2 billion